Google Lens gets more powerful, will make tipping and translating a breeze 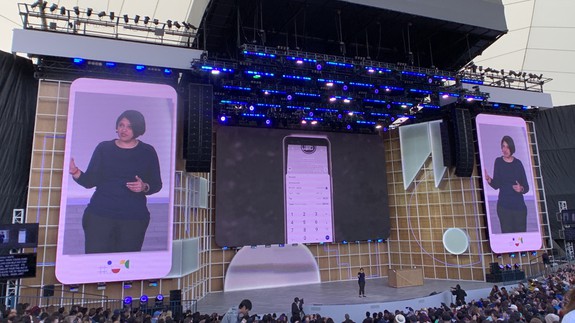 A whole bunch of cool and useful new features are coming to Google Lens.

At this year's I/O developer conference, Aparna Chennapragada, Google's vice president of and general manager for Camera and AR products, shared several ways in which Google Lens can be used to help better understand the world around us.

In 2017, Google Lens was introduced as a feature within Google's camera app and Google Photos with limited machine learning and AI capabilities. At launch, Lens could use image recognition to detect simple things like landmarks, phone numbers, and addresses within photos.

But later this year, Google Lens will get a lot more powerful. For example, you'll be able to point Lens at a restaurant menu and its AI will automatically highlight popular items and let you pull up photos of them. (You know you already search for this stuff — don't deny it.) Clearly, this new feature is the latest shot aimed at taking down Yelp.  Read more...