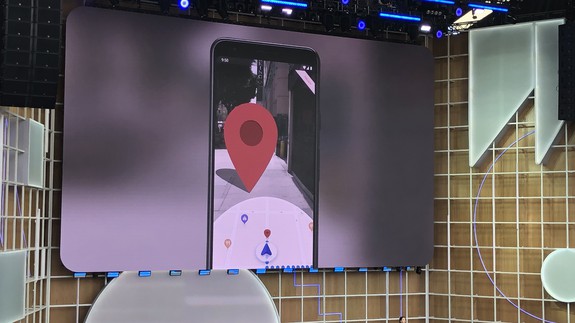 Google is making good on at least one promise from last year's I/O: augmented reality in Google Maps.

The feature, which had previously been available to some Local Guides, is rolling out now to Pixel phones. (No word yet on when it will be available on other Android phones or on iOS.)

Augmented reality walking directions work about the same as the last time we got a preview of the feature back in February. When you're unsure where to turn, or whether to the cross the street, holding up your phone opens your camera, with directions overlaid on top of your surroundings.

I've been testing it out on the Pixel 3a for the last week and, even though I haven't been in a situation where I really needed it yet, I'm impressed at how well it works. And because it uses the camera to identify your surroundings, not GPS, it's more accurate in dense areas when Google Maps may struggle to guide you. (You can read more about the AI behind this here.) Read more...