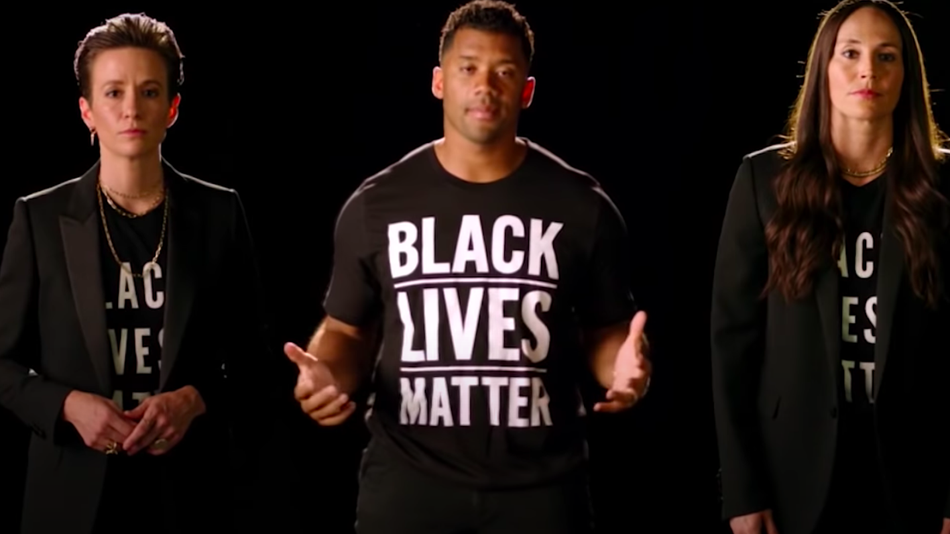 "It's great that sports are back," said WNBA's Sue Bird during the opening of the 2020 ESPY Awards. "But George Floyd won't be there to see them."

On Sunday, the annual ESPY Awards were held to honor the achievements of professional athletes. This year's ceremony was a bit different though, and not just due to coronavirus social distancing. Hosted by Bird, Seattle Seahawks quarterback Russell Wilson, and soccer star Megan Rapinoe, the ESPY Awards' began with this segment acknowledging the ongoing conversation regarding racial injustice, and urged players and fans alike to act. Not just in the name of groundbreaking Black sports stars like Jackie Robinson and Serena Williams, but for ordinary people like Floyd, Ahmaud Arbery, and Breonna Taylor. Read more...