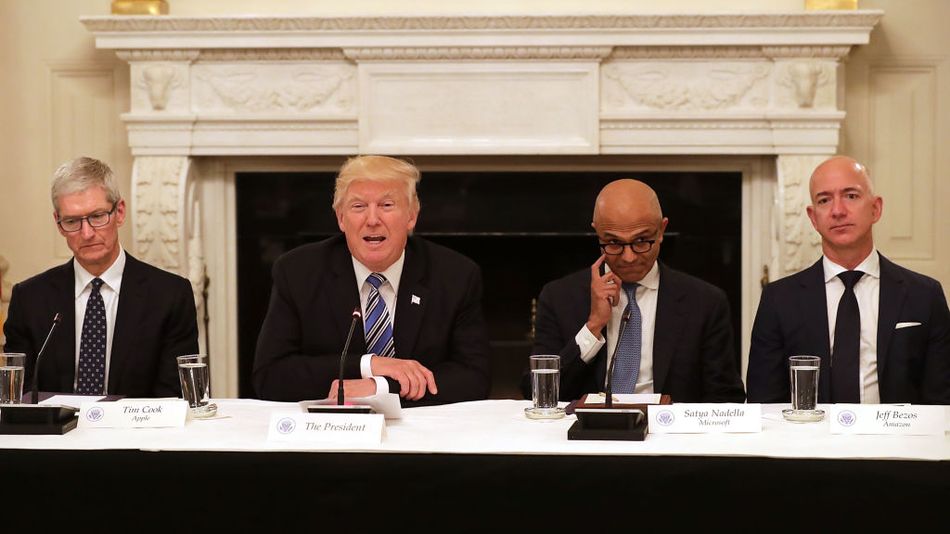 Never say that Donald Trump doesn't inspire unity, even if it just so happens to be in opposition to him.

Late Monday afternoon, the White House issued a proclamation, signed by the president, stating that the administration's restrictive April visa policy — issued in response to the coronavirus — would be extended through the end of the year. As a result, Google, Twitter, and Amazon have all issued varying statements condemning the administration's move.

More about Donald Trump, Immigration, H 1b, Tech, and Politics