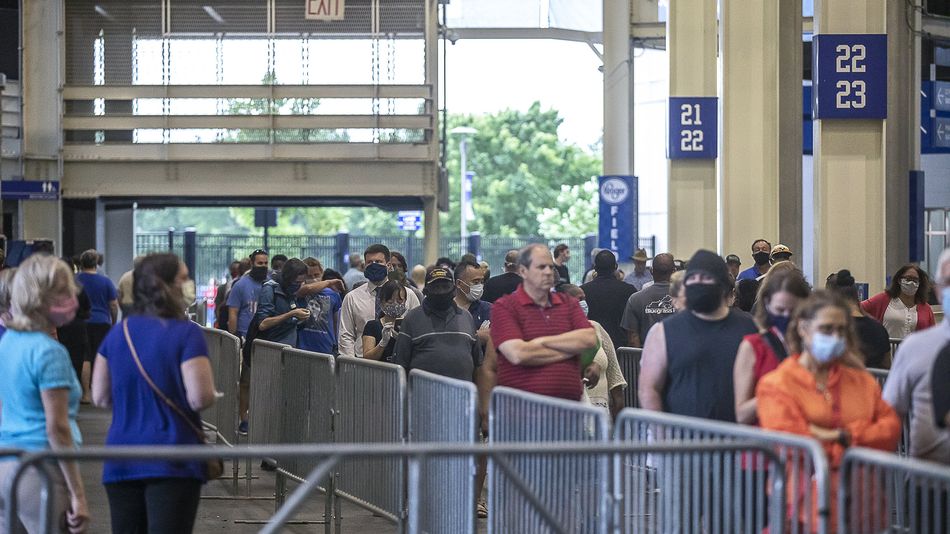 They feared that people would be blocked from voting in Kentucky as the state reduced polling locations due to the coronavirus. Its largest city, Louisville, with a population over 600,000, had just one polling place Tuesday. By 6 p.m. closing, people were running into the Kentucky Exposition Center to make the cutoff. Dozens, many of whom complained of parking congestion on their way in, were locked outside.

So they banged on the doors. They chanted. They demanded they be able to vote. After a judge ordered poll workers to let them in, the Kentuckians cheered as they flowed through the sliding glass doors. Journalist Joe Sonka of the Courier Journal caught the powerful moment on video and shared it on Twitter.  Read more...