Home » IFTTT » Mashable » Tim Cook, Jeff Bezos, Sundar Pichai, and Mark Zuckerberg: Who talked the most during the antitrust hearing?

Tim Cook, Jeff Bezos, Sundar Pichai, and Mark Zuckerberg: Who talked the most during the antitrust hearing? 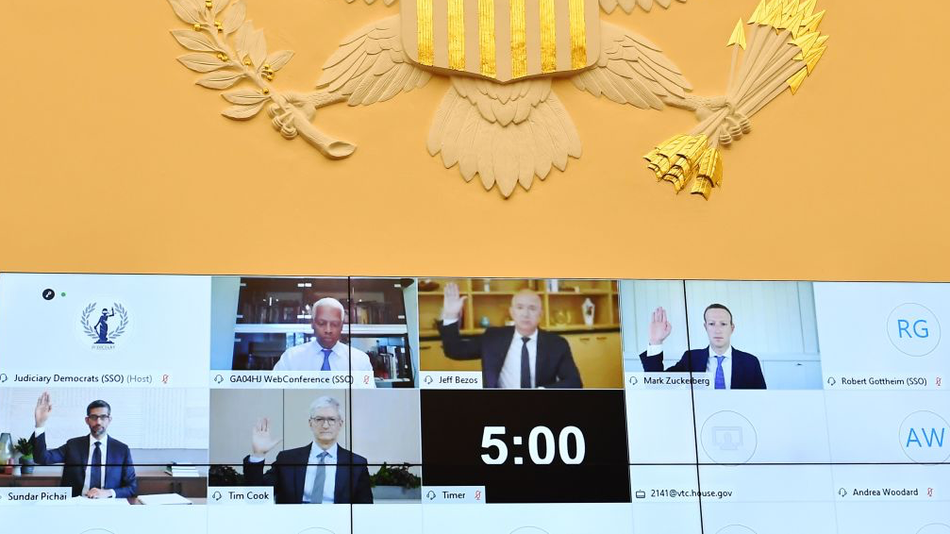 The CEOs of Apple, Facebook, Google, and Amazon digitally gathered on Wednesday for a grilling in front of the House Subcommittee on Antitrust, Commercial, and Administrative Law.

At issue were each company's alleged anticompetitive practices, and Tim Cook, Mark Zuckerberg, Sundar Pichai, and Jeff Bezos were all given time to have their say. It just so happened that some executives got more of a "say" than others.

Over the course of approximately five and a half hours, both the number of questions directed at each CEO and the time allotted to answer said questions varied widely. Thankfully, Mashable's Sasha Lekach tallied it all up:  Read more...