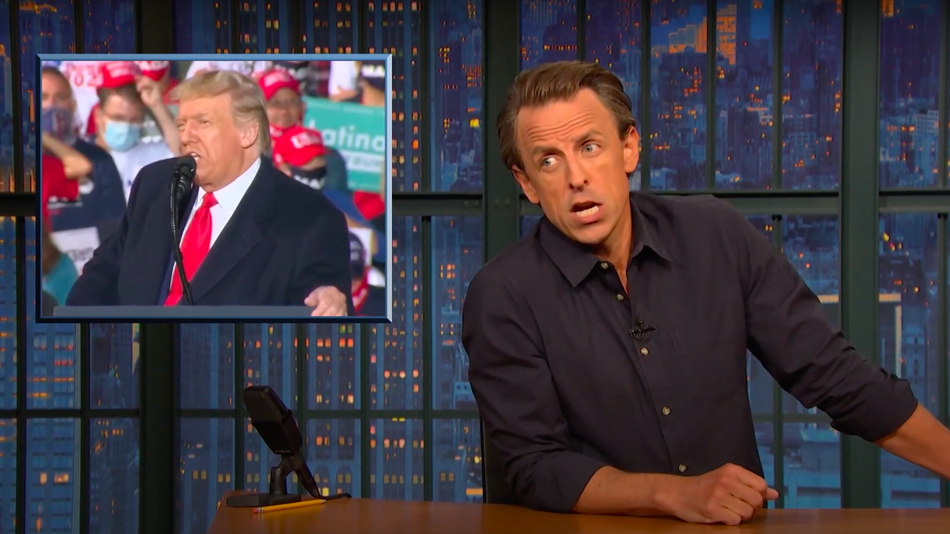 "A weird dynamic has developed with Trump where he routinely says some of the most depraved, authoritarian things a president has ever uttered and as a nation we mostly just let them pass by without comment," said Late Night host Seth Meyers on Wednesday. "We treat him like a guy handing out leaflets on the subway."

As the U.S. coronavirus death toll exceeded 200,000 this week, President Donald Trump stood in front of an Ohio crowd and said with a straight face that COVID-19 affects "virtually nobody." Though, as Meyers pointed out, Trump boldly telling wild lies is just a regular, unsurprising routine now. Read more...