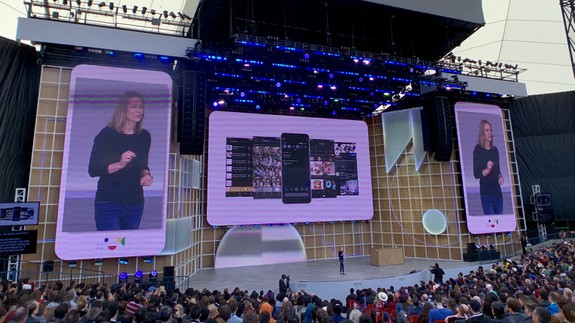 The next version of Google's mobile operating system, Android Q, is getting one highly requested feature: dark mode.

The system-wide dark mode, which turns the Android interface from white to dark colors such as black and gray, will be released with Android Q when it comes out later this year.

Dark modes have recently become popular for numerous reasons. For one, it reduces eye strain. This is particularly useful when you're using your phone in dark situations such as in a bar or before bedtime.

Another reason dark mode is useful: battery life. Last year, Google revealed dark mode user interfaces greatly help conserve battery life. Phones with OLED displays benefit the most from dark-themed interfaces because the individual pixels don't need to turn on if they're black. Phones with LCD displays, which have a backlighting system to illuminate the entire screen, don't benefit much from dark themes. Read more...