A New Zealand man has discovered footprints belonging to an ancient, long-gone bird at a local swimming hole.

Michael Johnson, a resident of Kyeburn on New Zealand’s South Island, was walking his dogs along the Kyeburn River (“a ripper spot during the summer,” he told TVNZ) when he spotted a path of enormous tracks beneath the water.

They were left by an extinct moa, a huge, flightless bird that roamed New Zealand until roughly 1445 when it succumbed to overhunting.

Sensing their significance, Johnson sent photos of the prints to Otago Museum on Facebook Messenger, according to TVNZ. The museum excavated the tracks this week, and plans to display them.

“I was just going for a casual swim, so it's escalated a bit,” Johnson told TVNZ.

Otago Museum sent Kane Fleury, an assistant curator of natural science, and two other curators to authenticate the footprints. Using snorkels and underwater cameras, the team confirmed they indeed belonged to a moa, the museum said in a statement.

“I came out with my snorkel and mask and my wetsuit and dove on into the swimming hole and had a look at the prints under the water and they were just mind-blowing,” Fleury told TVNZ. “Way better than the photos indicated and a super, super special find.”

Each print measured nearly a foot long by a foot wide, and consisted of “five markings, with very clear, three-pronged imprints in a hard clay substrate.”

Fleury speculated they may have been there “for a million years, maybe a bit longer.” 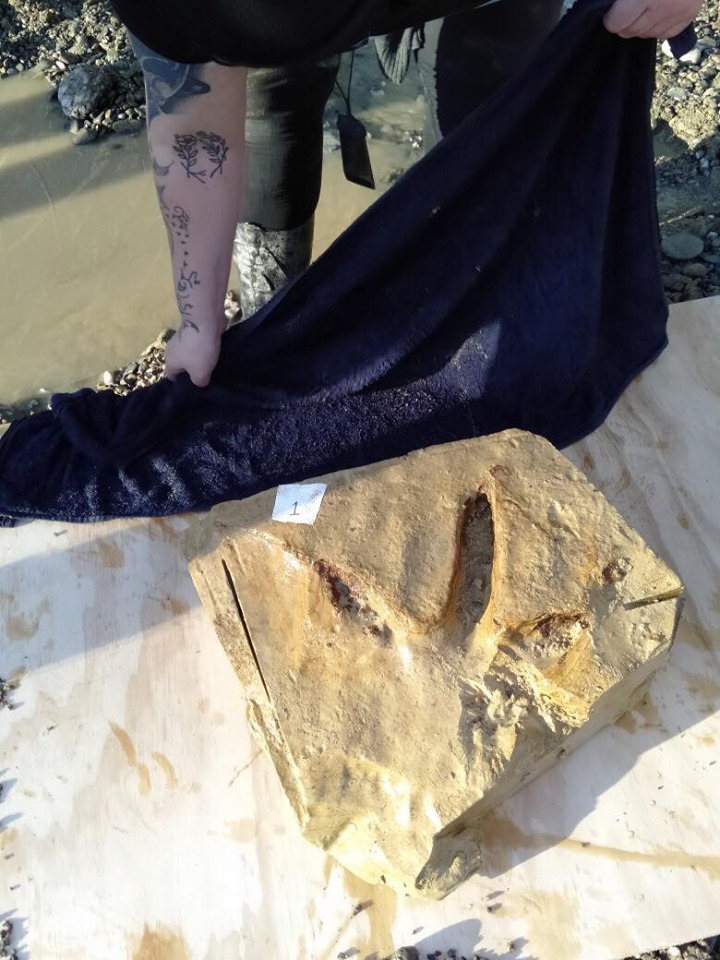 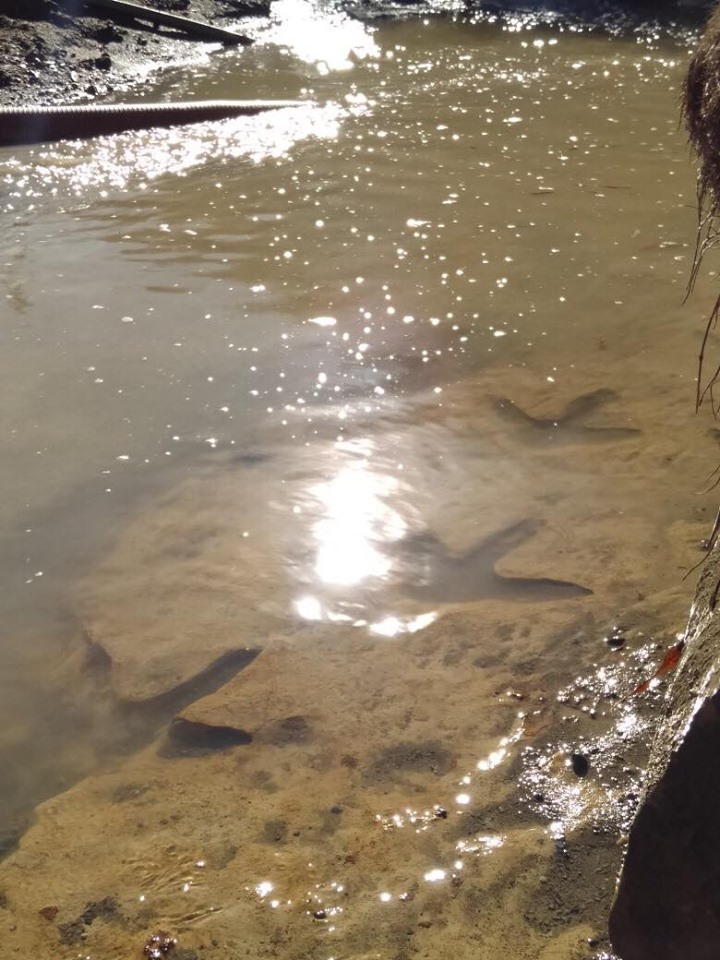 The team had to cordon off the river and pump the swimming hole out to exhume the prints. Otago Museum said they were vulnerable to erosion in the event of a flood.

They are the first moa prints to have been photographed and preserved on the South Island, the museum says. At least ten footprints and pathways belonging to several moa species have been recorded on the North Island.

The moa is technically nine species of ratite, or flightless birds related to the ostrich and diminutive kiwi. It is native to New Zealand and grazed on vegetation. 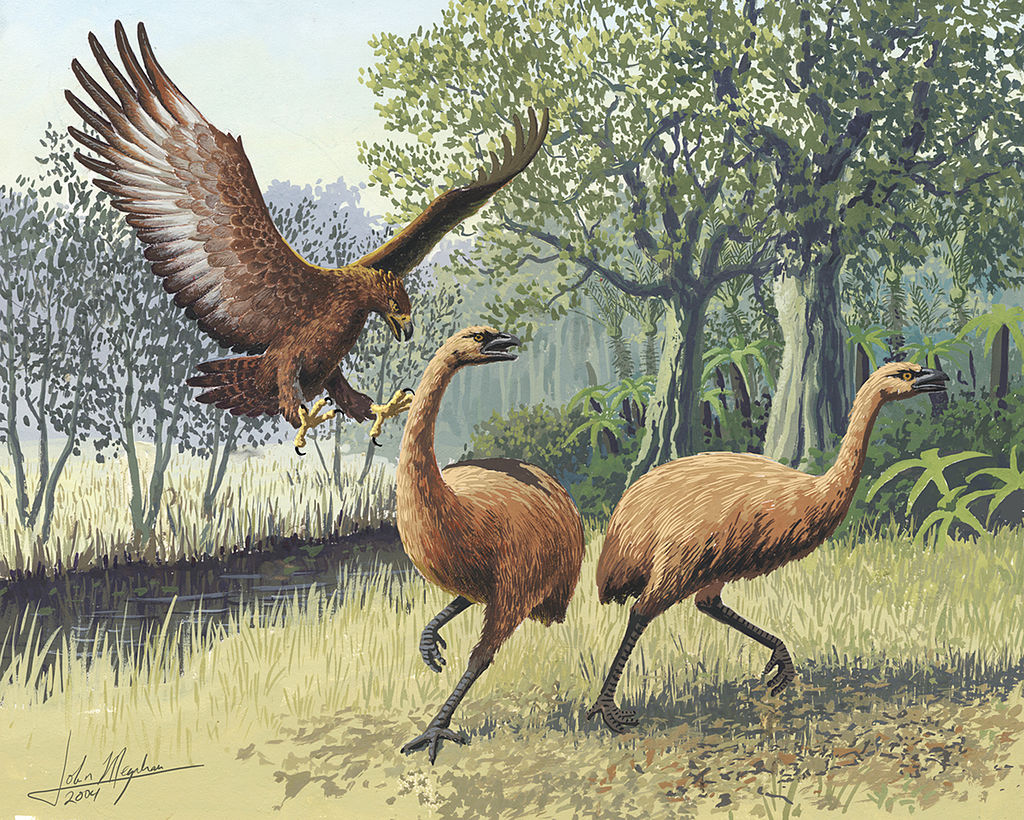 Standing 12 feet tall and weighing 500 pounds, the moa was desirable game for humans. It has been theorized that they were hunted to extinction by Māori. But some experts suggest that they had few predators before humans reached New Zealand, and were thus susceptible to outside forces such as hunting and minor habitat loss.

A study published in Nature Communications in 2014 found it took little effort to exterminate the bird within 120 years—“the moa never really had a chance,” ScienceNews wrote at the time.

“These prints form an important path back to the past,” Ewan Fordyce, a geology professor at the University of Otago, said in a statement. “We might imagine the moa pacing, perhaps slowly and deliberately, across a nearly dried firm muddy surface.”

The prints are now en route to Otago Museum where they will receive conservation treatment before going on display.

This article originally appeared on VICE US.