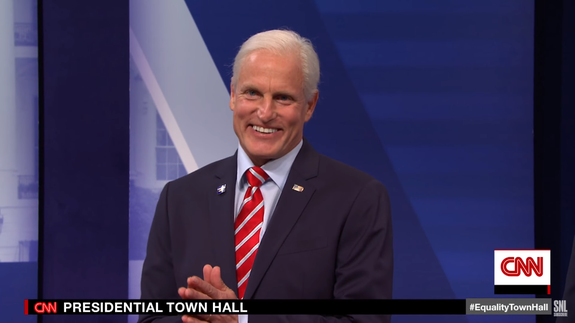 Saturday Night Live had mercy in the latest episode, skipping another tired Trumpworld cold open in favor of telling jokes about Democrats.

The sketch riffed on CNN's recent Equality Town Hall (you know, the one where Elizabeth Warren had the best burn of the 2020 presidential race so far), which invited many of the candidates to talk about their views on LGBTQ issues with a studio audienceSNL's version spices things up with some celebrity guests, including Billy Porter, playing himself as the event's MC; Lin-Manuel Miranda as Julián Castro; and Woody Harrelson returning for another round as Joe Biden. Read more...