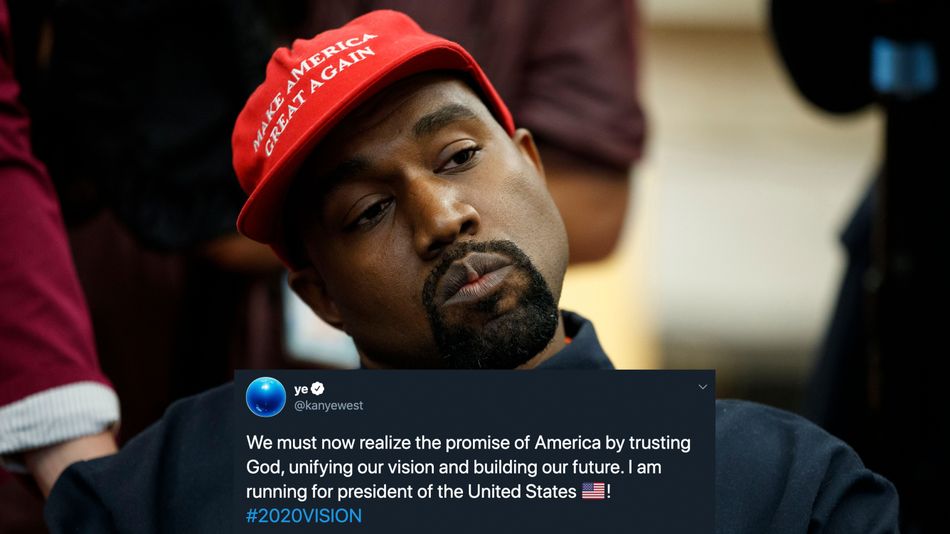 Kanye West has announced he's running for president. As if this Fourth of July wasn't already cursed enough.

As scattered fireworks celebrations were beginning across crowdless cities on the East Coast Saturday night, Kanye West, the controversial rapper and fashion mogul, decided to log on to Twitter and let the world know that he would be running for president of the United States in 2020.

This is not the first time Kanye has discussed running in 2020, but it's by far his most official statement. Until today, we'd all assumed the election in November would be between Kanye's pal President Donald Trump and former Vice President Joe Biden, but perhaps this Saturday night surprise will change the game — for better or worse.  Read more...