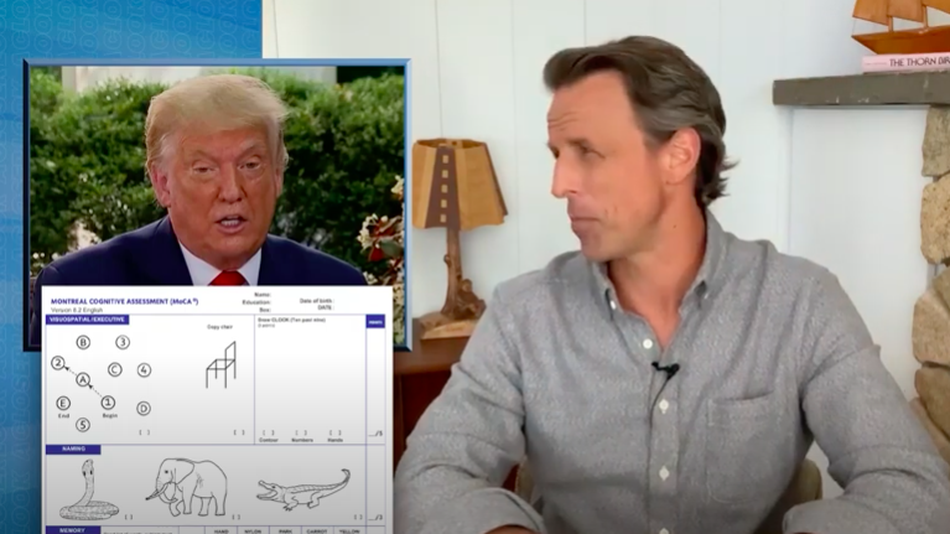 "This is where we're at," summed up Seth Meyers in Monday night's A Closer Look. "A president who dispatches secret police to round up dissidents and refuses to accept the outcome of democratic elections."

To be fair to Donald Trump, he technically hasn't refused to accept the outcome of the presidential election in November. Yet. He just told Fox News' Chris Wallace in a surreal interview over the weekend that he "would have to see" whether he would refuse to accept the result or not. (See? Nuance.)

"So much of our democratic system relies on norms, and Trump freely just shatters all of them," said Meyers. "For example, as Joe Biden opened up a 15 point lead in new polls, Trump said on Sunday he would not necessarily accept the outcome of the election as legitimate — because mail-in balloting, a thing Americans, including Trump himself, have been doing for a century and a half, might somehow 'rig' the election." Read more...