10 books for people new to protesting 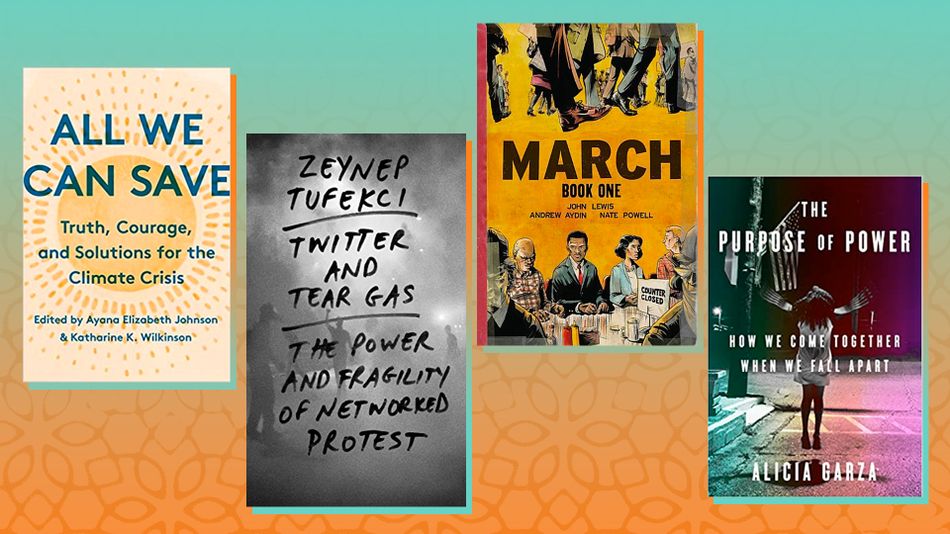 2020 has unleashed a flurry of inspiring activism, with the New York Times estimating that the summer's Black Lives Matter protests may have formed the largest movement in U.S. history.

One thing is clear: So many people protested this year, it's likely you'll be on the lookout for gifts for at least one first-time protester this holiday season, or maybe even before that. And if you're searching for a present for someone who's still on the sidelines, getting ready to protest for the first time, that's OK, too. There's a little something for everyone here — including yourself.

The Purpose of Power: How We Come Together When We Fall Apart

Seven years ago, Alicia Garza changed language (and the world) as we know it when she, alongside Opal Tometi and Patrisse Cullors, introduced the phrase "Black Lives Matter" into the public lexicon. It's since become a rallying cry and a full-blown civil rights movement, focusing the nation’s attention on systemic racism, anti-Blackness, and police violence. With her debut book, The Purpose of Power, Garza outlines her personal journey alongside her organizing work, providing a model of action for future organizers — even if they're not calling themselves that yet

In Garza's words: "Organizing has been a part of who I am ever since I can remember, although for a long time I didn't call it by that name — I thought I was just working with other people to solve the problems that impacted our lives. For me, organizing is as much about human connection and building relationships as it is about achieving a political goal. The work feeds me. It's embedded in who I am." Read more...