Miley Cyrus banger 'Party in the U.S.A.' returns to the charts after Biden-Harris win 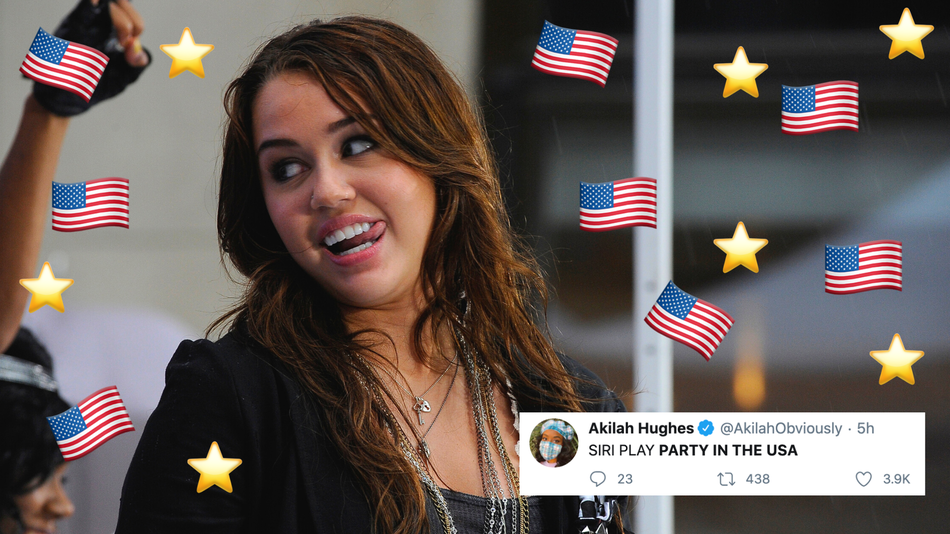 Need some tunes to go with your Biden-Harris victory celebration? Join a huge chunk of the nation in jamming out to Miley Cyrus' 2009 pre-Bangerz hit, "Party in the U.S.A."

On Saturday, the poppy jam — imagined in a time before the Trump administration was even a thing — began charting again nearly a decade afters its release. Cyrus shared a video on social media shortly after the presidential election was called, showing President-elect Joe Biden seemingly playing "Party in the U.S.A." into his microphone at a campaign event.

The clip didn't really happen; it's a popular meme based on something that did actually happen with the song "Despacito" back in September.  Still, it was enough to fan the flames of a country already raging out to Cyrus' aughts classic. Read more...

More about Miley Cyrus, Party In The Usa, Entertainment, Music, and Politics